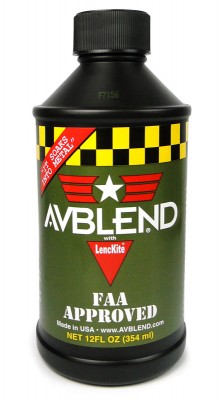 Pour one bottle (12oz.) into the oil system. For best results, operate for 30 minutes after treatment. 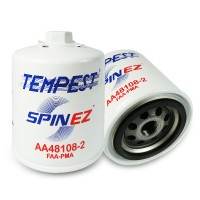 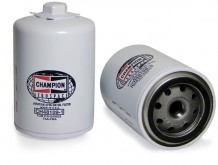 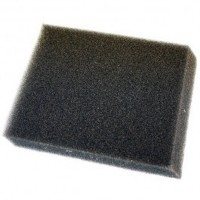 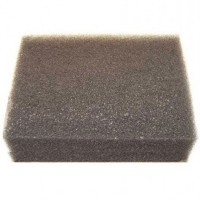 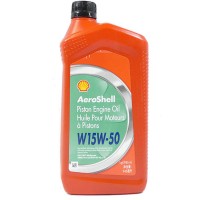 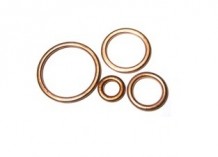 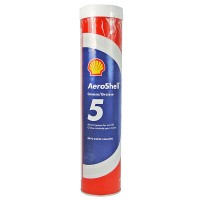 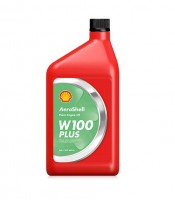 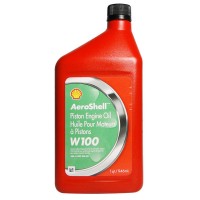 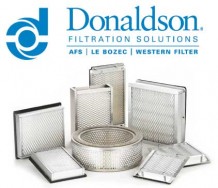 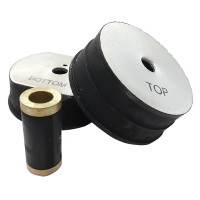 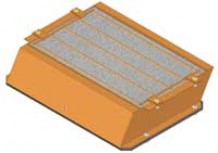 Use in all fleet aircraft. Seem to help oil sample reports.

I use avblend in conjunction with another product. I have a real clean engine.

My A&P suggested getting this added when I get an oil change.

Fast delivery in time for my oil change.

Recommended by Lycon that did the engine overhaul.

Very reasonable price. Good product as I have no coffee grounds( carbon deposits) in my oil filter

have been using AVblend for years, A solid product.

I use this every 50 hours in my 269 helicopters to prevent valve coking. No stuck valves yet!

Always use, helps a lot

AvBlend seems to be making a difference n the engine wear as shown in the oil analysis laboratory trends.

This stuff works wonderfully to promote good engine health! Have been using it for years and swear by it!

An extremely wise A&P told me to use straight weight oil and Avblend in the big bore Continental engines. His knowledge spans decades and I rely on his opinion emphatically. Aircraft Spruce & Specialty seems to always have Avblend in stock and at the best price.

Have used at every oil change in my AEIO-320. Oil analysis shows continuous decrease in wear. A must for all piston aircraft engines.

Received very well packed ! Love this product , I have been using it for years .

THE BEST ADDITIVE FOR THE ENGINE. NO STUCK EX VALVES AFTER USING THIS PRODUCT. 10 YEARS NOW.

I have been running Avblend in my last two airplanes. I will push off the oil change until I have Avblend.

I have been using AVBLEND with every oil change for many years in my 1972 Cessna 150 L model. No sticking valves and runs well. Cannot say AVBLEND has anything to do with it but it’s worth the few bucks for additional insurance.

Completely cleared an intermittently sticking exhaust valve which had been plaguing me for months.

I wont fly my airplane without it. I swear by it. My engine is trouble free and I attribute it to Avblend.

Fast and great service as always

This product will not provide the protection you need if your aircraft sits for a couple weeks between flights. If you read about the actual lab testing of products like this and camguard, camguard definitely will help protect your engine more, especially if you live in a higher corrosion environment. It all depends on your type and frequency of use!

Q: I use zmax in my cars faithfully and love it...is avblend the aviation version...if so, how is it different?

Per the supplier: Yes, Avblend is the aviation FAA approved version. There is no other difference than Avblend is for aviation and Zmax is not.

Q: I am using TCP fuel additive. Can I also use Avblend for my oil? Are they commonly used together?

Per the supplier: Yes. There is no problem using AVBLEND in the oil system and TCP in the fuel system at the same time. We DO NOT recommend other oil additives mixed with AVBLEND.

Q: Is it safe to use AvBlend Lubricant with 20W-50 Phillips 66X/C even though it has additives?

AVBLEND is the only product of its kind approved by the FAA for aircraft piston engines. AVBLEND is a tenacious micro-lubricant with reformulated micro-molecules that penetrate, clean and protect metal from the inside out. AVBLEND soaks into the metal.

Yes. AVBLEND is FAA approved for aircraft piston engines; it is the only product of its kind to receive FAA approval.

Q: Is AVBLEND compatible with all engine oils?

Yes. AVBLEND is compatible with all conventional and synthetic oils.

Q: When do I use AVBLEND?

Q: How much AVBLEND do I use in my engine?

NOTE: The Continental TSIO and IO-360 series engines have an 8 quart oil system capacity and will require only one (1) 12 oz. can of AVBLEND at each oil change interval.

Q: How long will an AVBLEND treatment last?

AVBLEND is a progressive lubrication treatment program -- not a quick-fix, one time treatment in a can. AVBLEND treatment is recommended at each oil change interval because AVBLEND continuously soaks in and weeps from treated metal surfaces. For additional protection while your aircraft is in long-term storage, we recommend that you treat your engine with AVBLEND prior to your last flight before storing your aircraft. By properly replenishing AVBLEND, your aircraft engine will receive the necessary continuous protection between oil changes.

Q: How will AVBLEND help my used engine?

AVBLEND can be used on any aircraft piston engine regardless of its hours in service.

No. Install your premium engine oil quantity as the manufacturer recommends. Then install the recommended amount of AVBLEND to your oil system. Upon opening the can, the AVBLEND contents must be used completely. For best results we recommend installing AVBLEND into the engine and starting immediately for best distribution.

Q: In a six cylinder engine, can I use one can of AVBLEND each 25 hours instead of installing two cans?

Because most 6 cylinder engines have a larger cubic inch displacement and increased internal surface area, we recommend that two (2) cans of AVBLEND be installed at each treatment to insure proper surface area coverage and protection.

Q: Is AVBLEND ok to use in turbo-charged engines?

Q: How do I install AVBLEND to protect my engine for storage?

We recommend installing AVBLEND in your engine's last flight before placing the engine in storage.

Q: Can I use AVBLEND with the Lycoming LW-16702 oil additive?

Q: Can AVBLEND be used in my fuel system?

No. AVBLEND is currently FAA-approved only for your aircraft's engine oil system.

Q: Will AVBLEND reduce my cylinder head and oil temperatures in my engine?

Many operators have seen reductions in cylinder head and oil temperatures. AVBLEND helps reduce high metal surface temperatures inside your engine (caused by raised machining imperfections) so lubricants and fuels moving across these surfaces can do the job they were designed for.

If parts are within at least service limits, AVBLEND has helped reduce oil consumption for many owners by penetrating and slowly dissolving carbon deposits and varnish on combustion chamber components. This produces less ring blow-by, reduced oil oxidation and contaminants, increased oil cleanliness, and a better lubricity seal between the rings and cylinder walls. Remember that if cylinder bores are out of round or pistons and rings have lost their tolerances, we recommend that the cylinder in question be removed and repaired.

Q: What does AVBLEND do for a new engine?

AVBLEND is the best measure you can use to protect your new investment against your engine's silent enemies: RUST, CORROSION, DRY STARTS, and PREMATURE ENGINE WEAR.

Q: Is there any benefit in using AVBLEND during the break-in period on my new or rebuilt engine?

AVBLEND keeps friction surfaces cool during break-in period. One of the most important functions performed by AVBLEND is its ability to keep friction surfaces relatively cool while the metal is new -- during the break-in period. Too much heat during this critical period while the metal is forming itself into its job can easily cause brittleness, loss of flexibility and a tendency to break under sudden and severe strains. AVBLEND allows metal to temper itself under working conditions and assume the right degree of suppleness and hardness for the job it is intended to do during its entire performance life. This is known as work tempering (energizing) and can only be accomplished under conditions where excess frictional heat is reduced. AVBLEND allows proper break-in to occur while reducing conditions for cylinder wall glazing during the initial hours of a new engine's life.

Q: Is there a problem with installing AVBLEND shortly after my oil change interval?

No. Just install the recommended amount of AVBLEND to your engine's oil system and fly the aircraft.

No. If a failure occurs on a manufacturer's engine, the manufacturer would have to provide positive proof that AVBLEND caused the failure in question.

Q: How important is Oil Analysis?

The Aeroshell Oil Plus product contains an anti-wear additive for Camshaft protection. This goes back to Shell and Lycoming getting together and putting the same additive into the Shell Oil and separately in Lycomings LW-16702 additive for premature 0-320-H2AD Cam/Lifter issues. The definition of an additive is something added to the oil base stock to enhance its properties which is what the Shell Oil and Lycoming additive accomplish. Regarding AvBlend, its a pure Micro-Lubricant (not an additive) that does not enhance the engine oil base stock but uses the oil as a carrier to reach and literally Soak into the Metal deeper than engine oil alone. (82 X deeper proven through independent Auger Election Spectroscopy lab testing) AvBlend unlike any additive or engine oil, penetrates the metal and weeps out providing additional lubrication protection during storage,start-up and flight. This mode of action dissipates surface heat to reduce oil oxidation on the hot metal surfaces such as cylinder walls, pistons, exhaust valves/guides and other parts as well. AvBlend also disperses harmful deposits and then helps maintain what it cleans because it continuously weeps out of the metal making it difficult for deposits to reform on a surface that weeps out oil. In conclusion, AvBlend IS NOT in any Aeroshell Oil Product. Back when I owned and operated Blueprint Aircraft Engines years ago, this question was always asked. In fact, after years of disassembling engines using just Aeroshell Oil vs engines with AvBlend added, there was a clear difference in cleanliness and reduced wear.

Q: What is the ratio of AVBLEND to engine oil? Im running a W-670 radial with an 18 quart oil capacity. Do I use 1 can of AVBLEND for every 6-8 quarts or just stop at 2 cans for a system with more than 9 quarts of oil? Is there a specific density of AVBLEND that you would like to see in the parent oil?

Avblend recommends 4 cans in this case.

Q: What is the self life of AVBLEND? I want to buy a case to save money but don’t want it to go bad on the self.

AvBlend will maintain its effectiveness so long as the seal is still intact, so no shelf life.

Q: Is Avblend still ok to be used with the new Phillips Victory oil?

Yes, Avblend can be used with Phillips Victory oil.

Q: Is there an MSDS available for the Avblend lubricant?

Yes, we have added the MSDS sheet for the Avblend material to this webpage in the Documents section.